With high occupancy rates
through 2022, the future is bright at Cross Point. 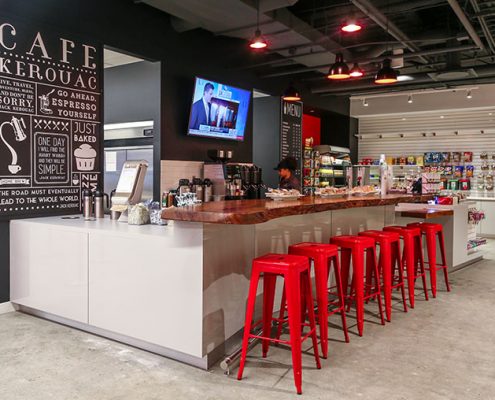 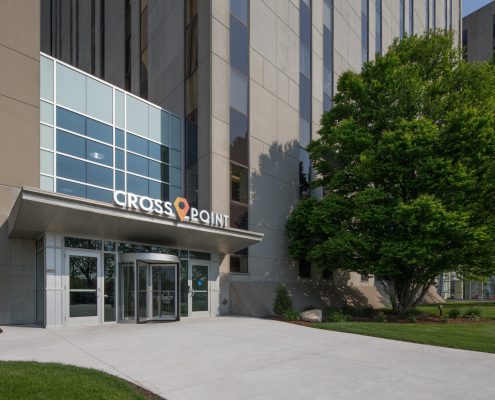 Anchor Line Partners acquired Lowell’s Cross Point in 2014 for $100 million. Sold in January of 2018, for $227.2 million with a 22.6% IRR remaining in the clear. The three-tower complex, formerly known as the Wang Towers, stands at the intersection of Route 3, Interstate 495, and the Lowell Connector. Despite its prime location, though, the property was only 72% leased at the time of purchase.

Under ALP’s leadership, Cross Point has evolved into a property that meets the demands of the modern workplace. Far from the suburban office building of yesterday, it features light-filled spaces and vibrant colors while promoting social interaction and work-life balance. And the market has responded in a big way.

Crosspoint continues to have an impressive array of corporations including Kronos, Verizon, Arris, Jabra, and Allstate.